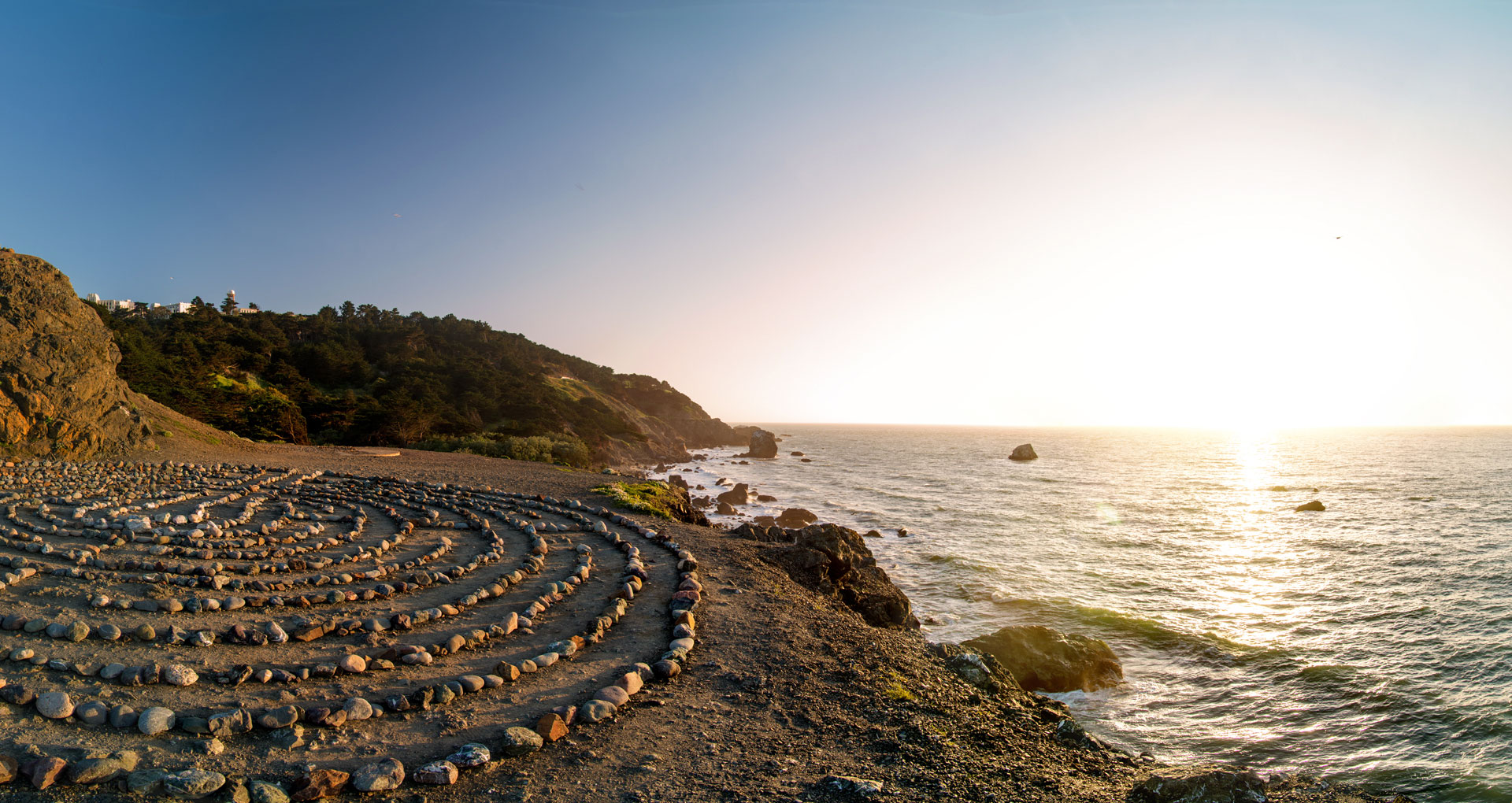 The Gem of San Francisco

About Lands End - the Urban Wilderness

Lands End is a park in San Francisco within the Golden Gate National Recreation Area. It is a rocky and windswept shoreline at the mouth of the Golden Gate, situated between the Sutro District and Lincoln Park and abutting Fort Miley Military Reservation. A memorial to the USS San Francisco stands in the park. Numerous hiking trails follow the former railbeds of the Ferries and Cliff House Railway along the cliffs and also down to the shore. The most-traveled trail in Lands End is the Coastal Trail, a section of the California Coastal Trail that follows the railbed of the old Cliff House Railway. This trail is handicap-accessible until the Mile Rock Overlook, and bike accessible until the Eagles Point steps. At every turn of the trail on this wild and rocky northwestern corner of San Francisco, there is another stunning view. Along the way you’ll see hillsides of cypress and wildflowers, views of old shipwrecks, pocket beaches, and a new Lookout Visitor Center. A spur trail takes users to Mile Rock Point and Mile Rock Beach, which offer views of the Golden Gate.
Additionally, Lands End contains the epic ruins of the Sutro Baths. The Sutro Baths were a large, privately owned public saltwater swimming pool complex in the Lands End area of the Outer Richmond District in western San Francisco, California. Built in 1896, it was located near the Cliff House, Seal Rock, and Sutro Heights Park. The facility burned down in June 1966 but the remains of it are now an interesting historic site with spectacular view. Other historic sites include numerous shipwrecks, which are visible at low tides from the Coastal Trail and Mile Rock.
Along the Coastal Trail, was a hidden labyrinth at Eagle's Point, constructed by local artist Eduardo Aguilera, overlooking Golden Gate Bridge. Although the labyrinth was destroyed in August 2015, it was rebuilt a month later by the original artist with the help of 50 volunteers.

Lands End is easy to get to, easy to park, and much less crowded than the more well-known parks and beaches.

A gorgeous spot for walking, with great views of the coastline, the Sutro Baths and the Golden Gate Bridge.